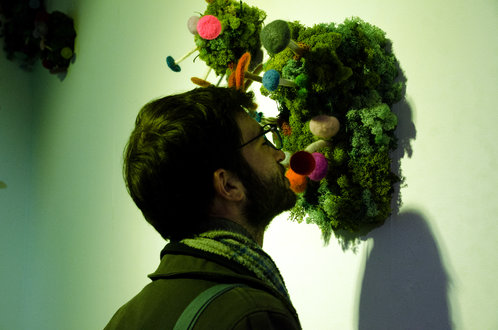 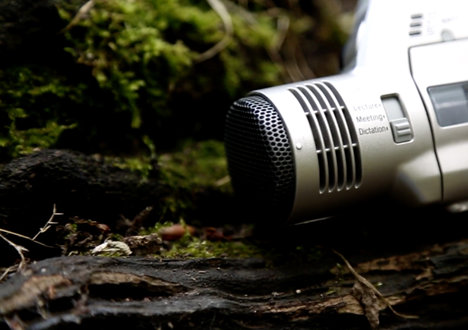 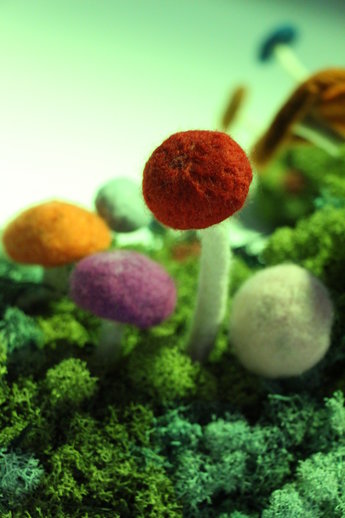 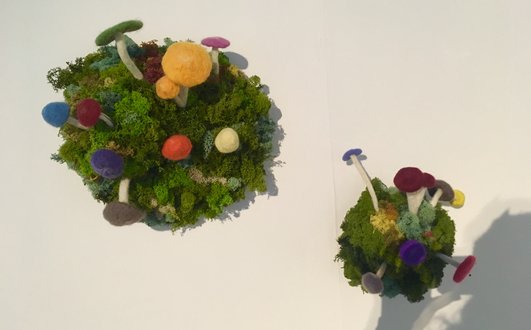 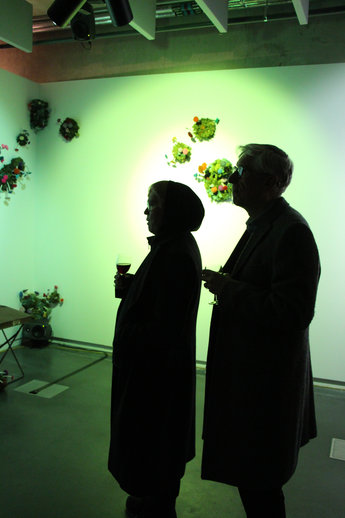 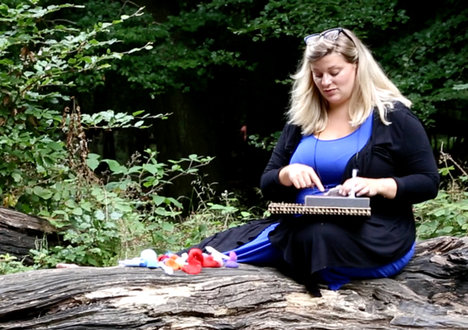 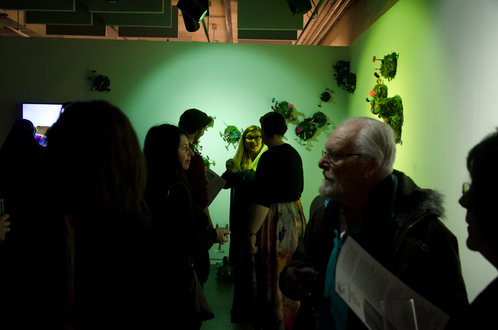 In Sam’s space you will encounter multi coloured felt mushrooms, that were made for a mushroom-obsessed teenager. Here, the walls speak of washing machines, felting needles and her voice preserved in a dictaphone. She describes the mushrooms as gaudy, cheesy and perfect. They reflect the adolescent relationship with faultless clarity honouring a person that is known longer in death then in life. The process of hundreds of pin pricks make the coloured felt solidify, forming around the interaction as each mushroom is nurtured into existence.

Longer in Death Than in Life

Sam had known Charly when they had both attended a school for girls and hated it; they were both mischievous characters and gelled with each other almost immediately. For Sam, Charly was a true friend even from the start, asking to move her room closer to Sam to make her feel welcome. Then came the insider jokes and group connectors, such as going out down a treacherous alley to smoke and constantly stepping in ‘badger poo’ until this became a ‘thing’ or seeing a mushroom and becoming incredibly excited, with Charly shouting shrilly ‘OMG its Nature’. Sam’s reflections on Charly are also reflections on her own youth, intermingled with her guilt of not having kept in contact when they both left to go to university. The liveliness of the description shows the qualities of their friendship and their playful engagement with nature that formed such a strong part of their school experience. The mushrooms and nature mentioned are entwined in this experience and her understanding of Charly, despite who Charly may have become later in life, for Sam the mushrooms will always remain as her things. They evoke Sam’s recollections including: pictures of her with a mushroom on her shoulder; or the fact that she always had a mushroom birthday cake. Her admission that they have known each other longer in death than in life shows that this bereavement is as much for the absence of contact as it is for the person themself. Charly will always be a mischievous teenager to Sam, and the wall of mushrooms incorporates this relationship. Sam reflects on their lack of digital heritage stating “‘there are no photos of us together on Facebook.” Due to the timing of their friendship there is a transition between physical and digital things so although this was not their place, Sam uses Facebook to ask people to wear colour to her funeral, as this was how she imagined Charly would have wanted it. She describes Facebook as a good bookend for their relationship. They were not together there but this is one of the strongest triggers to remember and a place to put all these feelings, allowing for the internal process to develop. Sam’s self-observed instances of grief online also give glimpses into her participation in this research. She claims it is a way of inscribing her Charly onto another reflective surface and exploring how she is able to confirm her life.

The mushrooms adorning the walls are made out of felt. It is not a material that Sam has used before. In fact, she states that she would never consciously choose to use it as it reminds her of craft fairs and she is usually a painter, but she enjoys the repetitive process of poking the tiny needle in hundreds of insertions that make the soft and loose strands submit and solidify into a hard mushroom-like structure. She parallels this to her experience of the memory of Charly, that through stabs of repetition over the years the memory becomes solidified and gains a solid form which constitutes their relationship. She also chooses to make the mushrooms colourful to mimic her desire for people to wear colour at Charly’s funeral. Their organic layout and mossy smell transports us to Sam and Charly’s forest.